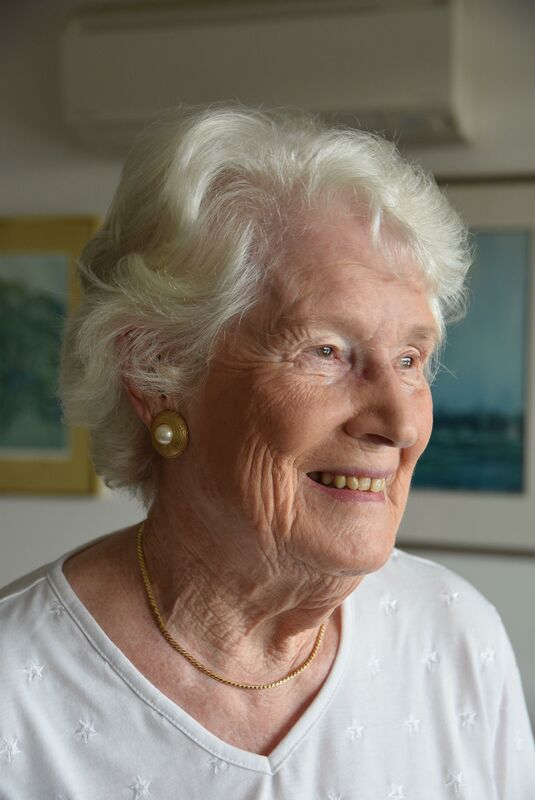 Mount Gambier Library will host a live event with retired Jungian analytical psychologist and former speech pathologist Gillian Clezy on Thursday 17 March 2022 for the launch of her memoir ‘Switchback, An Inner and Outer Journey’.

In her memoir, Gillian explores the beginnings of a long and eventful life. Written in two voices - one of a child and the other a reflective adult - Switchback begins just before the outbreak of World War II. Gillian travelled to Istanbul on the Orient Express in her mother’s arms and what follows is a series of eventful and dangerous wartime journeys through Palestine, Egypt, South Africa and the North and South Atlantic Oceans, as the young family tries to flee Turkey and return home. As Hitler and the Axis forces marched towards the middle east, Gillian and her family managed to slip through the German naval blockade of Britain and eventually found themselves back in war-torn England – with air raids and severe rationing.

Throughout the unfolding story, Gillian shares many of her intense experiences and reflects on their long-term effects, using her psychologist expertise.

Born in the UK in 1937, Gillian studied at a specialised college affiliated with University College London. She became well known for her seminal work in educating mothers and caregivers on how to facilitate the spoken language development of children, particularly those with a profound hearing loss.

With numerous academic papers to her name, which led to her to working in eight countries, this is Gillian’s first novel.

“I’ve always loved writing, but because I was an academic, I’ve written on the more boring things quite a lot, but I wrote little stories and occasionally other articles, then I realised that I had rather a different sort of life to a lot of people so finally when I retired I decided I was going to write,” Ms Clezy said.

“It’s been such a wonderful thing - It’s made my time through COVID a lot easier for me, I just sat and wrote.”

The event commences at 7:00pm and is free to attend. To book tickets, contact Mount Gambier Library on 8721 2540 or book online at www.mountgambier.sa.gov.au/library