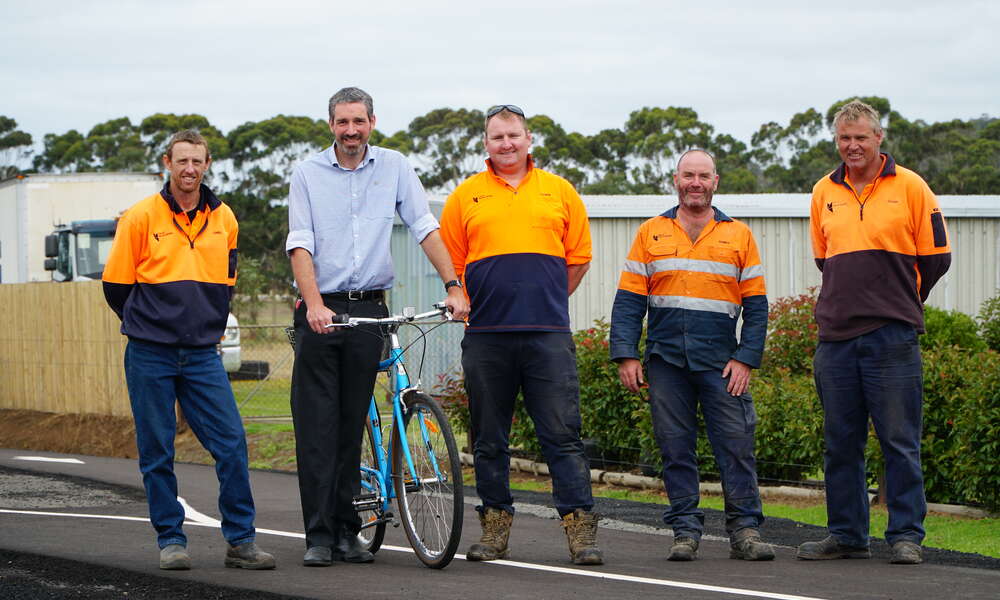 The latest extension of the Mount Gambier Rail Trail has recently been completed with the trail now covering the city from the east to west boundary and completing the conversion of the entire former railway line. The shared path for cyclists and pedestrians was extended 1.2 kilometres from White Avenue to the city boundary on Tollner Road as part of stage four of the project.

The high quality path is great for residents and visitors to Mount Gambier and it now covers all available rail line in Mount Gambier. - City of Mount Gambier Environmental Sustainability Officer Aaron Izzard

“It is hoped that the extension will assist with connecting users to a larger rail trail network across the region in the future.”

The $221,000 project was supported by a grant from the State Government Bicycle Fund and brings the total length of the trail to 12.4 kilometres. 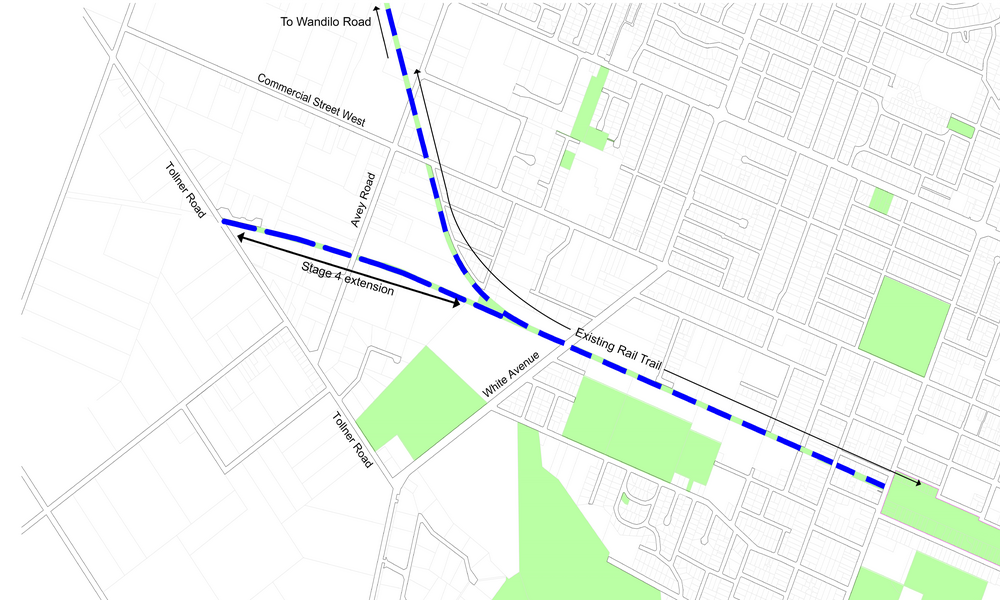 City of Mount Gambier Construction and Maintenance Coordinator Chris Habets said the trail is already in use with surrounding residents praising the extension.

“Initial feedback during the final stages of construction is that the extension has been welcomed, particularly from those who live in the western part of the city,” Mr Habets said.

Fencing adjacent to the road crossings, pedestrian tactile paving and further line marking will be completed in the coming weeks.

Council will now seek further funding from the State Government under the Local Government Infrastructure Partnership Program for solar lighting along the entire trail and an extension from Wandilo Road to Wireless Road West, linking with the TAFE and UniSA campuses.