The City of Mount Gambier has begun construction on the 2.3 kilometre extension of the Rail Trail from east to west of the city limits.

Council allocated $250,000 to the project following the success of the first stages of the rail trail that provided a shared walking/cycling path from Pick Avenue in the east, through to White Avenue in the west.

The work includes extending the existing rail trail in a westerly direction from White Avenue through to Jubilee Highway West.

“The sub-base from White Avenue through to Commercial Street is almost complete on top of the old railway track, it’s 2.3 kilometres of new path and it is three metres wide,” City of Mount Gambier Environmental Sustainability Officer Aaron Izzard said.

Council also received $40,000 as part of the Department of Planning, Transport and Infrastructure (DPTI) State Government Bicycle Funding program to assist with providing linkages to the existing rail trail through to Hastings Cunningham Reserve/Shepherdson Road area.

“These links will help Tenison Woods College and Mount Gambier High School students to get to and from school on foot or bike safely.”

“Council hopes to see more people using the path, the existing Rail Trail is 3.8 kilometres, but with the extension, the trail will be 6.1 kilometres long,” he said.

The project is expected to be completed in early March 2018.

“We’re hoping that after this, we can then go to Jubilee Highway to Wandilo Road which is our western border.” 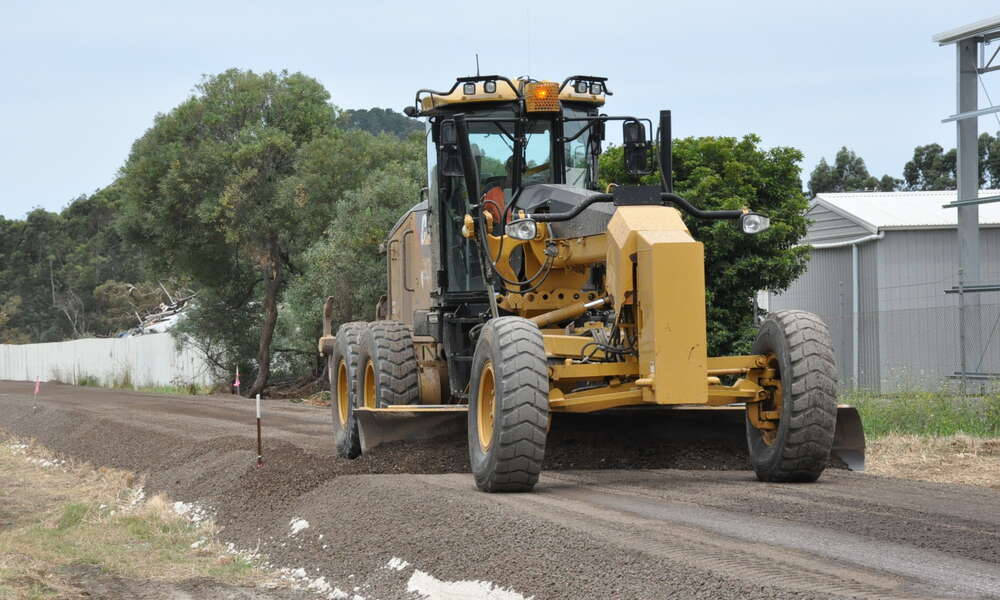 Dsc 1028
Construction is underway on the Rail Trail from east to west of the city limits.