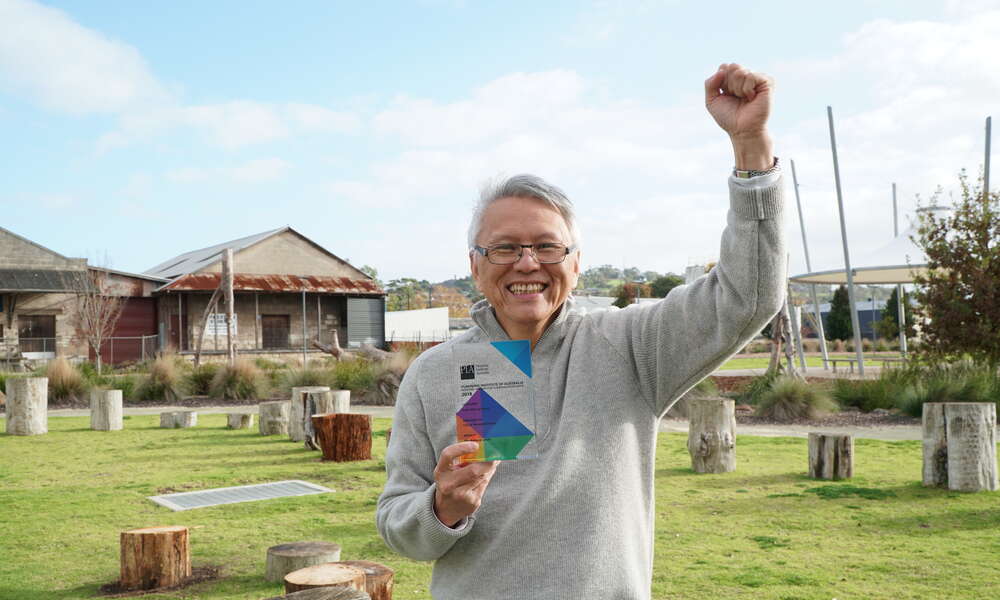 The Mount Gambier Railway Lands won the National From Plan to Place Award at the Planning Institute Australia (PIA) National Awards for Planning Excellence 2018 held in Perth on Wednesday 9 May 2018. A PIA National Award is the highest accolade for urban and regional planners in Australia, demonstrating leading practice and achievement in planning.

The Plan to Place Award recognises the implementation of a plan into a successful place for the community. It was awarded to the City of Mount Gambier for the evolution of the Railway Lands project and achievement in accomplishing positive changes as a result of planning.

“It is a great honour to win this award for our community. We were commended for including the community throughout the planning, design and implementation phases of the project, reflected in the community’s ongoing and enhanced use of the Railway Lands,” City of Mount Gambier Mayor Andrew Lee said.

Mayor Lee highlighted the vision of both current and previous Councillors in planning the project and for the design and delivery by Council staff including a focus on community engagement. The project was also financially supported by the State Government to the tune of $2million. Additional grants were received to include public art that has further enhanced the Railway Lands.

“This project has been recognised as best in class nationally and are all very proud of this achievement,” he said.

The coveted national award win follows its success at the South Australian state PIA Awards for Excellence in 2017, where the Railway Lands was awarded the Planning Minister’s Award, Plan to Place and Great Place Awards for the planning and development of the community project. 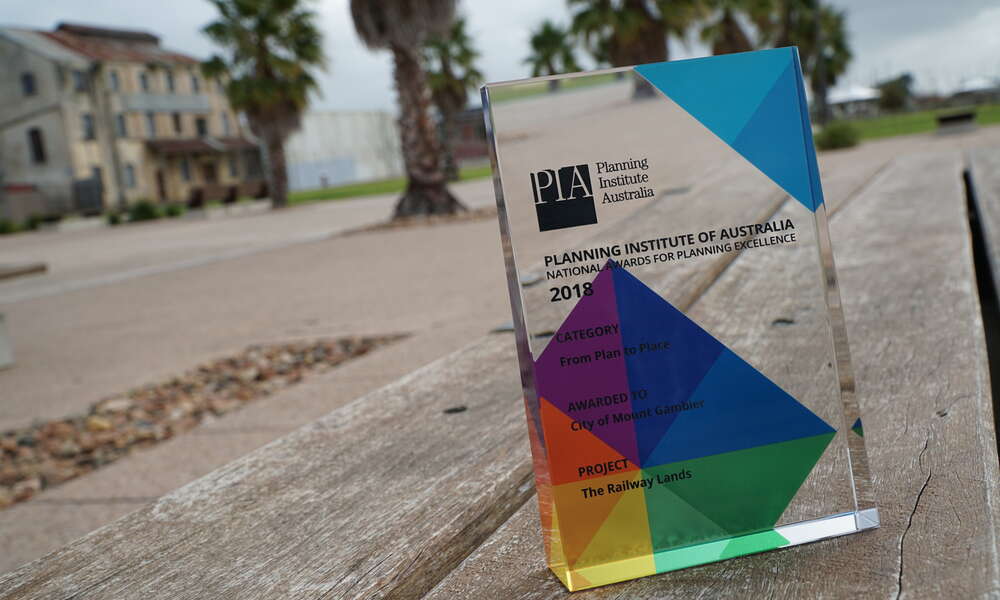