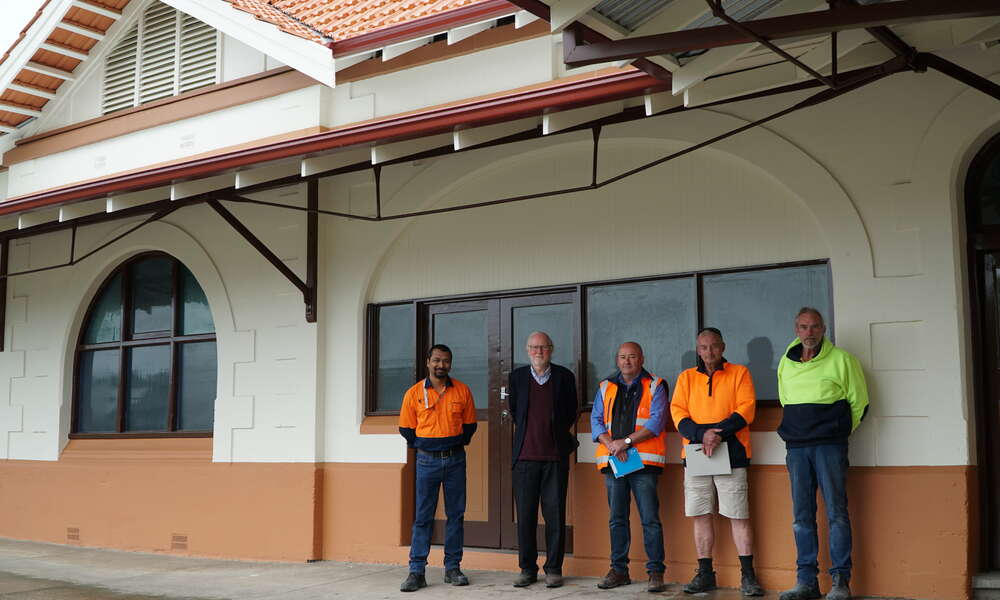 The heritage-listed Mount Gambier Railway Station building exterior has undergone a significant facelift to restore many of the original features to the 102-year-old icon.

Following the transfer of ownership from the State Government to the City of Mount Gambier, the building sat idle for many years while the redevelopment of the Railway Lands precinct occurred from 2013 to 2015.

“There was a strong connection in the design plans to preserve various historical elements that link the importance of railway history to the development of Mount Gambier. However, at the time no funds were allocated to the restoration of the building,” City of Mount Gambier General Manager City Infrastructure Nick Serle said.

“The Railway Station building is one of the last remaining features of the Railway Lands for Council to restore. At the time of the first stage of the redevelopment, Council believed the project to be worthy of separate consideration,” Mr Serle said.

Council engaged architect and local heritage adviser Richard Woods who has in-depth knowledge on the preservation of Railway Station buildings.

“Thanks to Richard’s valuable knowledge and input, the iconic building has now been returned to its former glory,” Mr Serle said.

The restoration and adaptive re-use design report developed by Mr Woods provided the design framework for Council to restore the building while retaining the historical rail significance and consider any future use opportunities.

“With the change of responsibility for the site that occurred once the original use of the land was no longer, there was a lot of deferred maintenance,” Mr Woods said.

“Given the redevelopment of the surrounding site it became even more obvious that the station building was waiting for attention."

The Council has now taken the opportunity to restore this jewel and capitalise on the fantastic work they’ve done in the area.
- Habitable Places architect and local heritage advisorRichard Woods

One of the standout features of the renovation is the reinstatement of the tiled roof, which required the installation of extra timber battens to support the weight. In its original state the gabled roof was covered with Eureka tiles from Ballarat as a unique design element, but in 1955 these were replaced with a metal roof decking.

“The federation-style tiled roof is quite a special feature and from an architect’s point of view it is quite complex,” Mr Woods said.

The renovation works have been undertaken over the past three years at a total cost of $630,000.

“It has been a big project to return it to original condition and it is now clean and inviting from the exterior,” Mr Woods said.

The next steps in the makeover include refurbishment of the exterior toilets located within the building.

“Richard has developed some great plans for the exterior toilets and this portion of works will be considered as part of the 2021/2022 budget,” Mr Serle said.

Council has not identified any potential future uses for the site.

“Any plans for future use and interior renovations are yet to be considered by Council,” Mr Serle said. 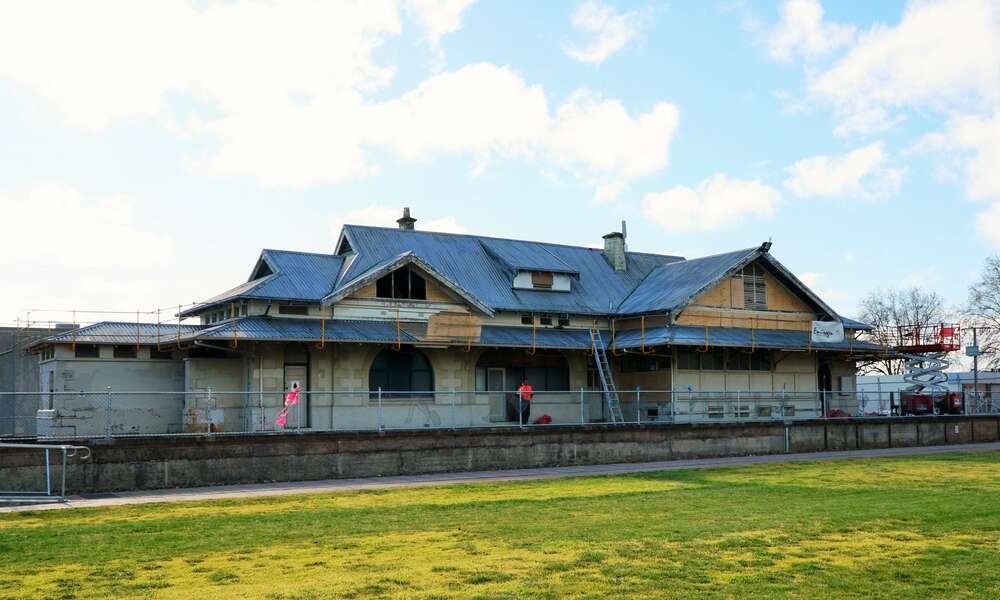 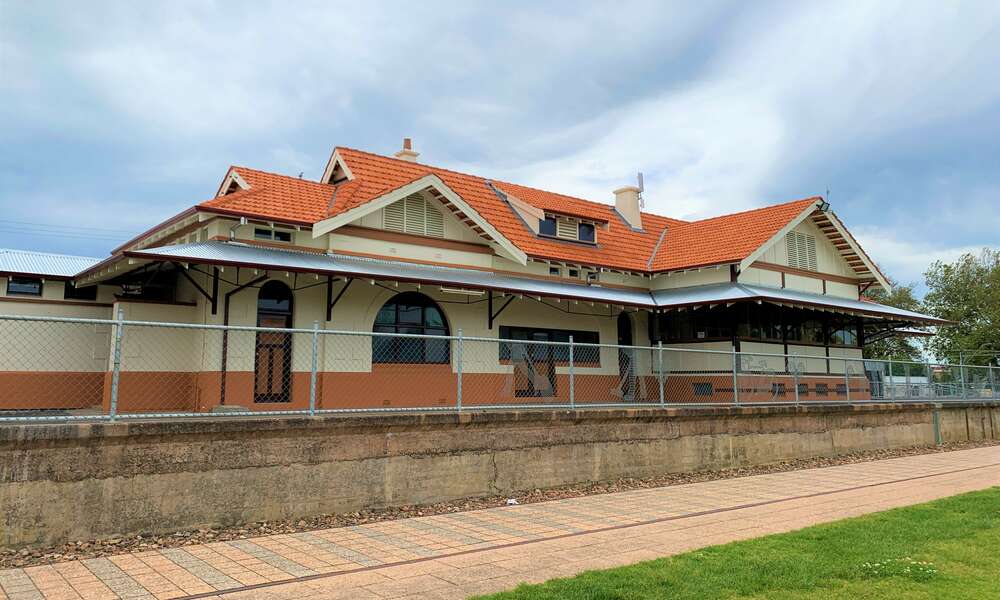 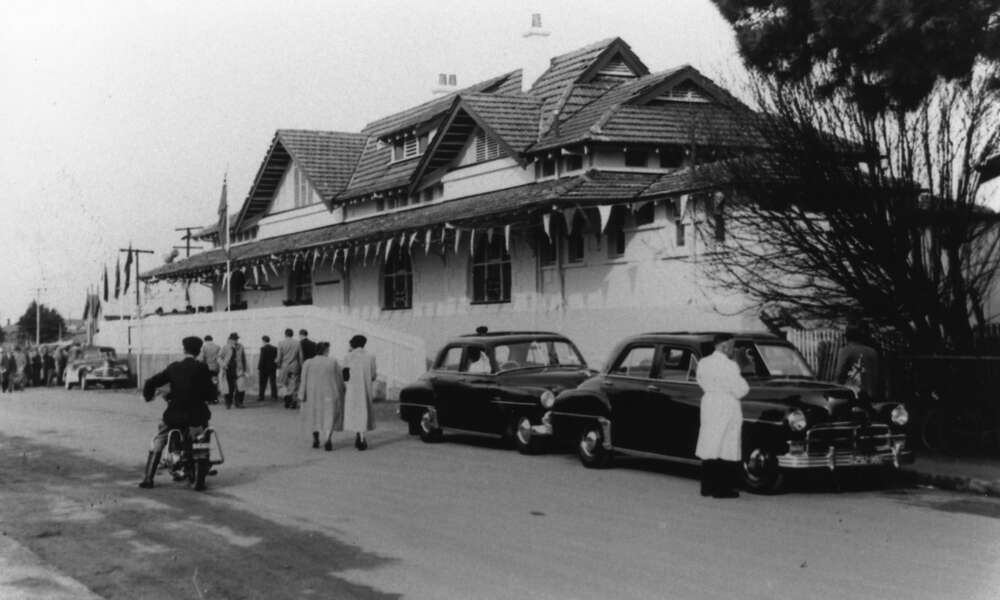