Construction has begun at the Mount Gambier ReUse Market site located at 3 and 5 Eucalypt Drive, the former salvage yard site next to the Waste Transfer Station, with the $560,000 facility on track to be operational by October 2018.

Thomson Bilt began construction on the offloading and storage shed in late January 2018.

“The $150,000 shed is 15 metres by 30 metres and the undercover loading area is 30 metres by 11 metres,” City of Mount Gambier Manager Engineering Design and Contracts Daryl Morgan said.

When complete, signage will direct people into the appropriate lane within the undercover loading area to drop off any material that can be sorted and stored for reuse or resale or to be recycled.

“Material that has no reuse value will be deposited into the waste bins at the existing Waste Transfer Station by those dropping it off, so it is important that people sort their material prior to arrival so it is easier to offload either at the ReUse Market facility or the Waste Transfer Station,” Mr Morgan said.

The offloading and storage shed and associated earthworks are expected to be completed by the end of April.

City of Mount Gambier Environmental Sustainability Officer Aaron Izzard said while the primary purpose of the facility is to sell items for reuse, the initiative plays an important role in meeting Council’s sustainability goals and work with the community to reduce unnecessary waste going to landfill.

“Donating items to the ReUse Market through the Waste Transfer Station will reduce waste to landfill and support local jobs,” Mr Izzard said.

The Waste Transfer Station will start receiving items for the ReUse Market in April 2018.

“If you have a quality item at home or at work that you no longer need and it’s in good condition, then it could be donated to the ReUse Market. Hang on to it until April and then take it out to the Transfer Station.”

An application has been made to the Federal Government Building Better Regions Infrastructure Grant program in a bid for a further $125,000.

“This would contribute towards the purchase of a jib crane in the offloading and storage shed for receiving heavy items, a large canopy structure at the ReUse Market site, and the construction of a sales booth in the yard,” he said.

A ReUse Market Coordinator position has been advertised and will be responsible for the set up and operation of the ReUse Market. 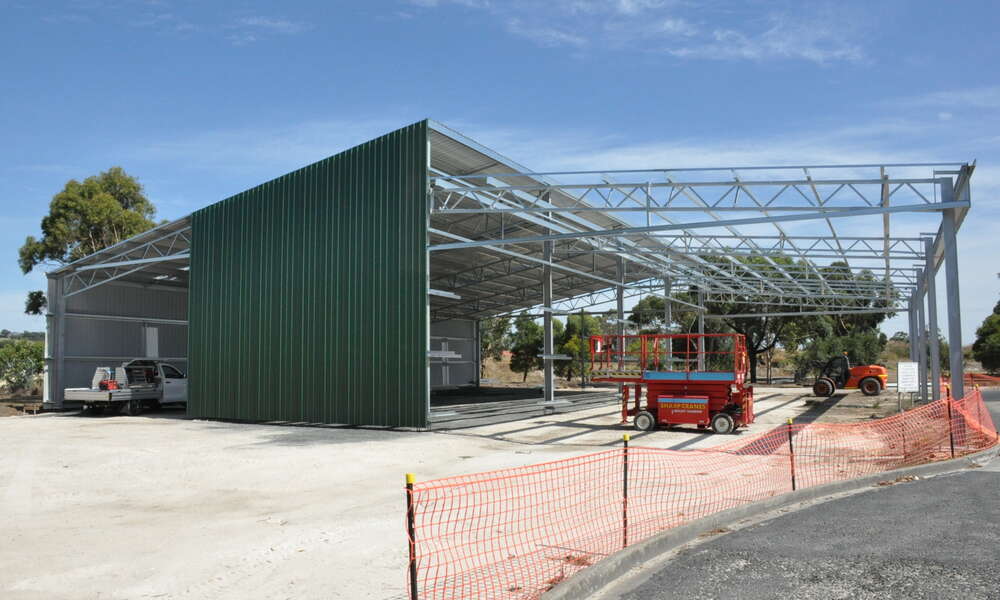 Dsc 0426
Construction on site at the offloading and storage shed at the Mount Gambier ReUse market on Eucalypt Drive.