'The Ambassador' set to launch at The Riddoch

'The Ambassador' set to launch at The Riddoch
14 January 2020 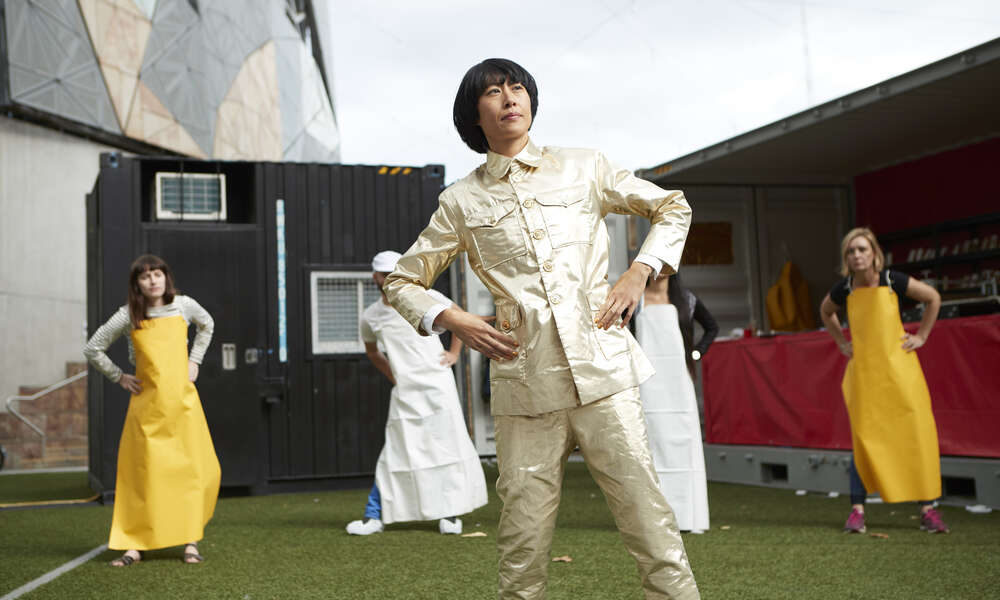 The Riddoch Art Gallery will present The Ambassador, a touring exhibition by Melbourne-based artist of Chinese-Singaporean descent Eugenia Lim. The exhibition opens on Friday 17 January 2020 at 6:00pm and presents the artist's most recent work, The Ambassador series.

The exhibition moves through three bodies of Lim’s work involving photography, video, installation and performance in search of the Australian identity.

“In this three part project, Lim transforms herself into the Ambassador, a Mao-like persona who inhabits the space between truth and fantasy,” City of Mount Gambier Arts and Culture Development Officer Serena Wong said.

Throughout each of her works, the Ambassador takes on new roles in uncovering the Australian-Asian narrative, drilling down into racial politics, the social costs of manufacturing and the role of architecture in shaping society.

Ultimately I hope that in some way, my work will help my audience encounter other people – no matter how ‘foreign’ in terms of gender, sexuality, race, religion or politics – as fellow human beings and citizens of the world.
- Artist Eugenia Lim

Part one of the exhibition is titled 'Yellow Peril', a 17 minute featurette set in Ballarat’s Soverign Hill amongst a cast of modern day visitors and historical characters.

“Eugenia’s lone Ambassador silently wanders through the site from dawn to dusk. The video draws careful attention to the experiences of migrants and the social costs of seeking fortune in a faraway land,” Ms Wong said.

Part two, 'The People’s Currency' (2017), transforms the gallery into a ‘special economic zone’ where the Ambassador stands over her factory manufacturing counterfeit money and ceramic imitation electronic consumer goods.

“The collision of mass-production, menial work and counterfeit currency become strategies to evaluate the impacts of global capitalism.”

Audiences will be treated to a live performance of 'The People’s Currency' at the exhibition opening.

'The Australian Ugliness' (2018) is part three of the series and surveys the role of architecture in marking a society and shaping national identity. Lim’s multi-channel video work sees the Ambassador lead a tour of iconic public and private spaces in Australian cities, inserting an Asian, female identity on screen.

“Throughout her journey, the Ambassador interrogates the tensions between globalism and localism, natural and the cultural in what some commentators describe as the ‘Asian’ century',” Ms Wong said.

“Eugenia Lim is an important Asian-Australian voice in the visual arts landscape. Her artworks are thought provoking, stimulating and accessible.”

“The Ambassador provides an opportunity to facilitate cross-cultural awareness and dialogue, and conversations around our collective community identity,” Ms Wong said.

The Ambassador is a 4A Centre for Contemporary Asian Art and Museums & Galleries of NSW touring exhibition and will be on display at The Riddoch and Main Corner Complex until 23 February 2020. Entry is free.