Rook Walk Centenary to be celebrated 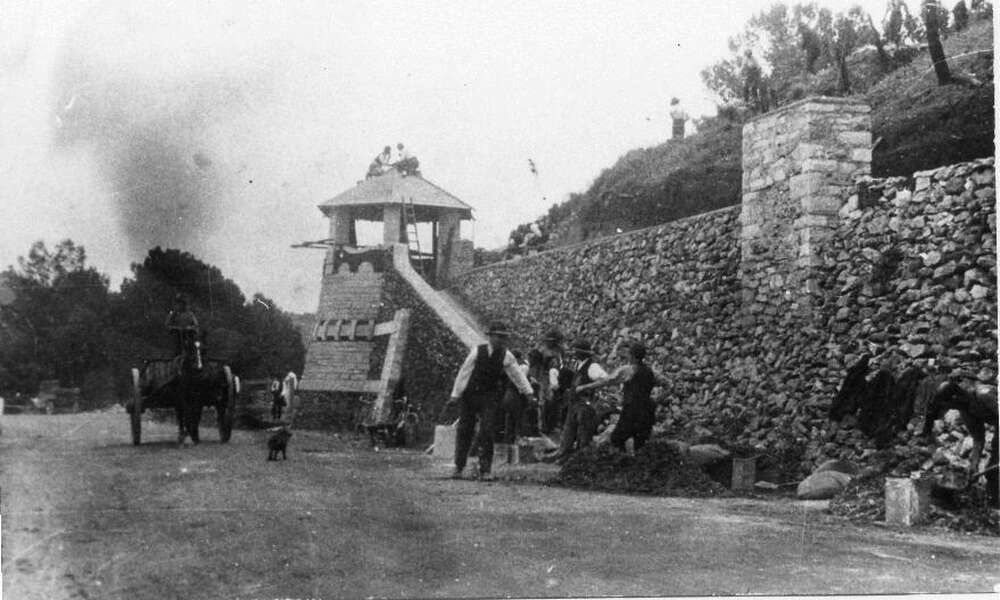 Tuesday 27 November 2018 will mark 100 years to the day since more than 2000 people assembled at the lakes area to take part in one of the greatest days of community effort in the city’s history to build Rook Walk. City of Mount Gambier and the Mount Gambier History Group will hold a centenary celebration at the site adjacent to the Blue Lake and the public is invited to attend.

Rook Walk was built in 1918 as part of a beautification of the lakes project and was organised by hotelier Arthur Rook and the progress association with volunteers from all walks of life. The walk was named after Mr Rook in recognition of his efforts in spearheading the project.

Event organisers are hoping to repeat the efforts of the previous century by attracting more than 2000 people to the event which will run from 9:30am to 11:30am on Tuesday 27 November 2018, including a crowd of school children and aged care residents.

We would be so proud if we could commemorate this significant event by drawing a large crowd to pay tribute to what was one of the biggest volunteer efforts ever seen in Mount Gambier, so please come along and join in the celebration,- Mount Gambier History Group Vice President Lynn Lowe said.

“The Rook Family are heading to Mount Gambier to attend the event and hold a family reunion to honour the efforts of their ancestor, Mr Arthur Rook.”

“Eleanor Fox (nee Warren) was also one of the original event organisers and her family including some local residents and family members from away will attend the centenary celebration,” Ms Lowe said.

The event will include a cake cutting ceremony and time capsule preparation as well as entertainment from the City Band, Salvation Army Band and Compton Primary School. There will be plenty of activities to enjoy including an audio history tour and selfie frames for photo opportunities. There will also be souvenirs available for sale.

The Mount Gambier History Group and City of Mount Gambier have been visiting schools in the weeks leading up to the event to educate students about the significance of the site. A competition was held to encourage students to design a logo for the occasion.

“It was great to engage with the students and let them know about the significance of the site and share with them an important story in Mount Gambier’s history,” City of Mount Gambier Team Leader Denise Richardson said.

The overall competition winner was Yvone Makila from North Gambier Primary School. Yvone’s sketch of the Rook Walk appeared on the poster promoting the event and was used to create badges for students to keep as a memento of the occasion.

“It was wonderful to see the effort they put into the logo competition and we would like to thank the Mount Gambier History Group for their assistance in judging the entries and also assisting Council to deliver this significant event,” Ms Richardson said.

“With heritage tourism on the rise we are seeing an increase in the number of people following their family history all around Australia and the Rook Walk centenary is a great example of this. The History Group is very pleased to be involved with the event in an effort to continue preserving the City’s heritage,” Ms Lowe said.