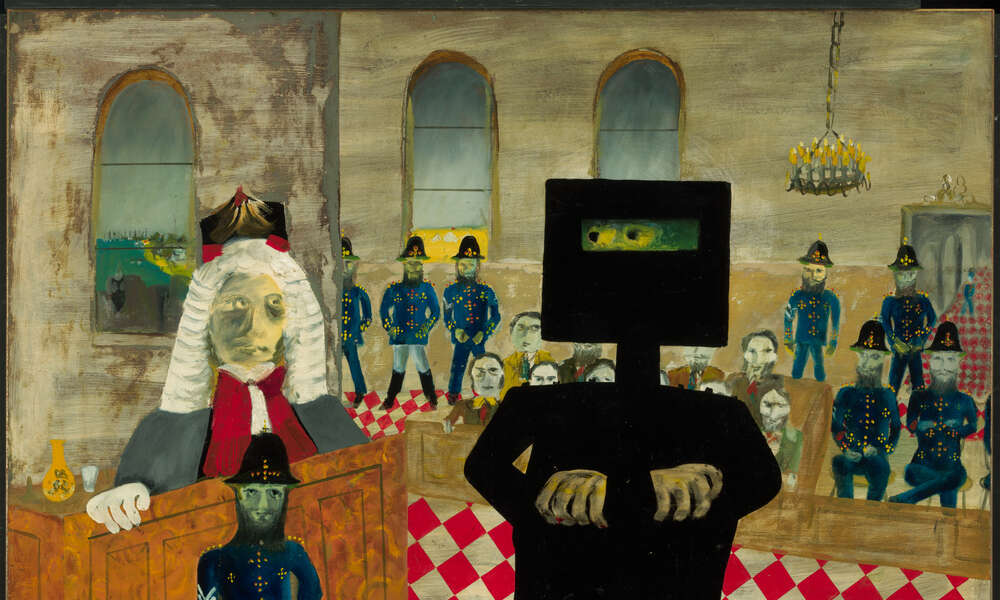 The Riddoch Art Gallery is the only South Australian venue to host Sidney Nolan’s iconic ‘Ned Kelly’ series which will be officially opened by City of Mount Gambier Mayor Lynette Martin on Friday 21 June 2019 at 6:00pm.

For the first time in 15 years, the National Gallery of Australia’s (NGA) collection of Sidney Nolan’s paintings is touring Australia. The tour gives people across the country the chance to experience some of the most famous and poignant masterpieces of 20th century Australian art.

“The Ned Kelly legend is one of the most recognisable tales of our colonial history, and whether you think he is a hero or a villain, his story is a familiar one from children to grandparents. Ned Kelly’s story and Sidney Nolan’s telling of it, represents a cornerstone of Australian history, and we are excited to show it at the Riddoch Art Gallery,” Riddoch Art Gallery Director and Manager Arts and Culture Development Dr Melentie Pandilovski said.

While the Kelly paintings have been exhibited internationally at New York's Metropolitan Museum of Art and at the Irish Museum of Modern Art, Dublin, they have rarely visited the far corners of Australia.

“Sidney Nolan’s 1946–47 paintings on the theme of the 19th-century bush ranger Ned Kelly are one of the greatest series of Australian paintings of the 20th century,” NGA Director Nick Mitzevich said.

“Nolan’s starkly simplified depiction of Kelly in his homemade armour has become an iconic Australian image. In 1961, Sidney Nolan told the writer Colin MacInnes that the main ingredients of the ‘Kelly’ series were Kelly’s own words, Rousseau, and sunlight.”

The NGA acquired its first Ned Kelly work from the series in 1972, Death of Sergeant Kennedy at Stringybark Creek 1946. In 1977, Sunday Reed donated to the NGA 25 of the 27 paintings from Nolan’s first exhibited Kelly series. Together, these 26 paintings provide a masterclass on Australian art history and the development of a new figuration and landscape painting in Australian art, with enamel-like surfaces on board.

Be the first to see these works unveiled at the official opening at the gallery this Friday night at 6:00pm. Everyone is welcome and it is free to attend.
- Riddoch Art Gallery Director and Manager Arts and Culture Development Dr Melentie Pandilovski

The travelling exhibition is supported by the Australian Government through Visions of Australia and the National Collecting Institutions Touring and Outreach Program.

The exhibition will be available to view at the Riddoch Art Gallery until Sunday 4 August 2019.