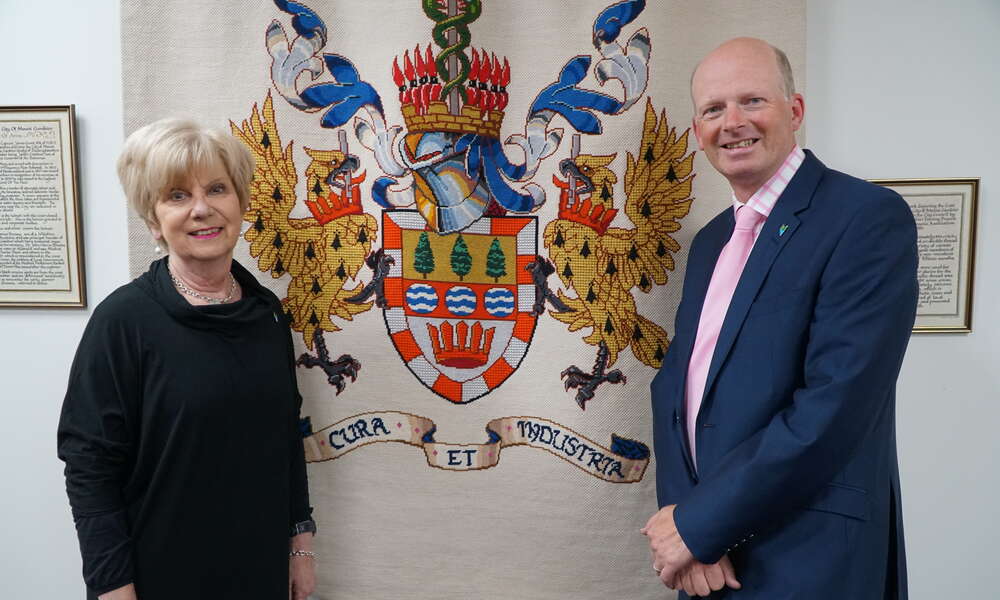 A Special Council Meeting was held in the Council Chamber at Civic Centre tonight to discuss the resignation of City of Mount Gambier Chief Executive Officer Andrew Meddle and Council’s future direction.

At the meeting, Council noted Mr Meddle’s resignation and his last day in the role will be Monday 2 November 2020. General Manager Community Wellbeing Barbara Cernovskis was appointed as Acting CEO from Tuesday 3 November 2020.

A CEO selection panel has been established to undertake a recruitment process and recommend a preferred candidate to Council. The panel is comprised of Mayor Lynette Martin, Cr Sonya Mezinec, Cr Frank Morello and Cr Paul Jenner and an independent consultant member of the committee, yet to be determined.

After 18 months as CEO, Mr Meddle will return to Murray Bridge after accepting a position with the Department of Environment and Water as the Landscape Board General Manager, Murraylands and Riverland.

“My family has been unable to relocate which has been difficult. Having to deal with the tyranny of distance, a pandemic and moving forward with the largest capital project the City Council has ever undertaken, together with all the usual day to day activities, the role has still been greatly enjoyable and rewarding," Mr Meddle said.

Mr Meddle said his decision to resign from the role was a difficult one.

"The team I have had the honour and privilege to lead have been a warm and welcoming one, who have given me more support that I had expected or deserved. The decision to leave was therefore immensely difficult."

“Had I been able to relocate my family, this would have been a long term, multi-contract role. Although this was not to be, I am proud to have served this community in challenging times and to have helped prepare it for a successful future."

Having assembled a great team, now is as good a time as any to move forward personally and use the skills and experience I have learned here in a new environment.
- CEO Andrew Meddle

While Mayor Martin is disappointed to see Mr Meddle go, she understands his desire to be closer to his family.

“COVID-19 has caused people to re-evaluate what is important in their lives and in this instance, Andrew has decided his family comes first,” Mayor Martin said.

Mayor Martin commended Mr Meddle’s contribution to the city during his time with Council.

“We’ve really paved the way with our plan, and I am especially proud of the way the team at Council have responded to the pandemic and positioned the city to be resilient during this very challenging time,” Mr Meddle said.

During his tenure, Mr Meddle worked with Elected Members to finalise the detailed design and specifications for the Community and Recreation Hub project and guide Councillors through the procurement process.

“Andrew’s extensive expertise in project management and planning has been invaluable for the Community and Recreation Hub project,” Mayor Martin said.

Despite changes to the senior management team, Mayor Martin is confident Council is able and prepared to move forward.

“General Manager Community Wellbeing Barbara Cernovskis has been at Council for 11 years and has a wealth of knowledge and experience throughout all Council operations including the Community and Recreation Hub project. She has been part of the management team working with Andrew and the architects, as has General Manager City Infrastructure Nick Serle,” Mayor Martin said.

“I have the utmost respect for Barbara and Nick and every confidence in their ability.”

“Everything is in place to ensure we successfully deliver the Community and Recreation Hub project in 2022 and we achieve the goals outlined in the 2020-2024 Strategic Plan,” she said.