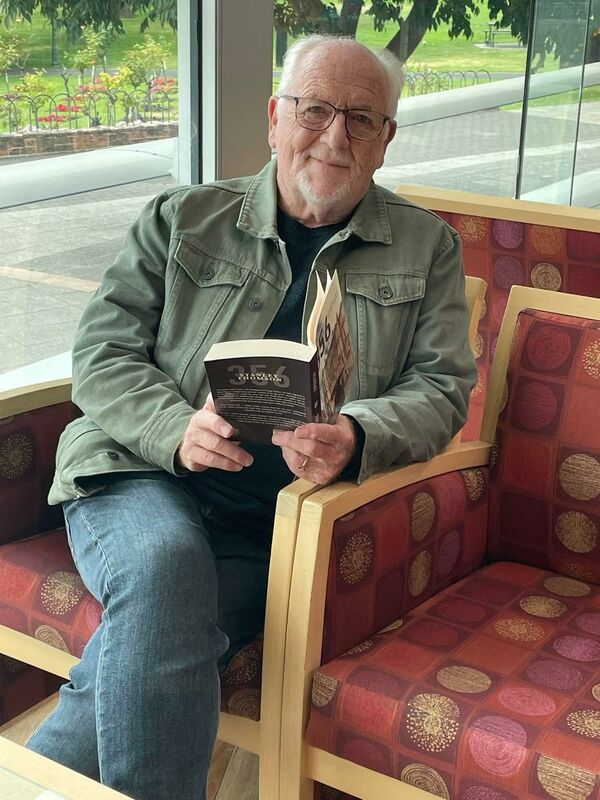 Mount Gambier Library will host a live author event with local identity and former radio broadcaster, Stan Thomson on Saturday 26 March 2022 at 2:00pm for the launch of his debut novel ‘356; Recall the Truth, Fear the Perception’.

Weaving between fact and fiction, the story is set in post-World War II at 356 Easter Road in Edinburgh Scotland where Stan was born and spent the first two years of his life with parents Bill and Janet and his beloved brother David.

With an illustrious radio career spanning more than 45 years - including almost 30 of these locally with ABC South East -Stan has helped thousands of people tell their own stories, all while harbouring the desire to tell his own.

“For a long time, I knew I had a story to tell,” Mr Thomson said.

“It sprang from an anecdote that my late father passed on to me, centering on a government secret. I always knew there was a story in this that had to be told and with retirement came the perfect time to dedicate to writing my book.”

This is a story of betrayal, city and political unrest and mysterious fiction, having us questioning ‘Recall the Truth and Fear the Perception’.

“The address, 356 Easter Road, is still there today, and that is the picture you will see on the cover but there is more than one reason the book is called 356, there is a bit of irony in using that as a title.”

Those intrigued to learn more about the book are invited to attend the free in-conversation event with ABC South East breakfast presenter Selina Green. Other guest appearances will include Barry Ward from the Mount Gambier Blue Lake Highland Pipe Band and singer Jodi Swiggs.

The event will take place at City Hall with bookings via Mount Gambier Library on 8721 2540 or www.mountgambier.sa.gov.au/library