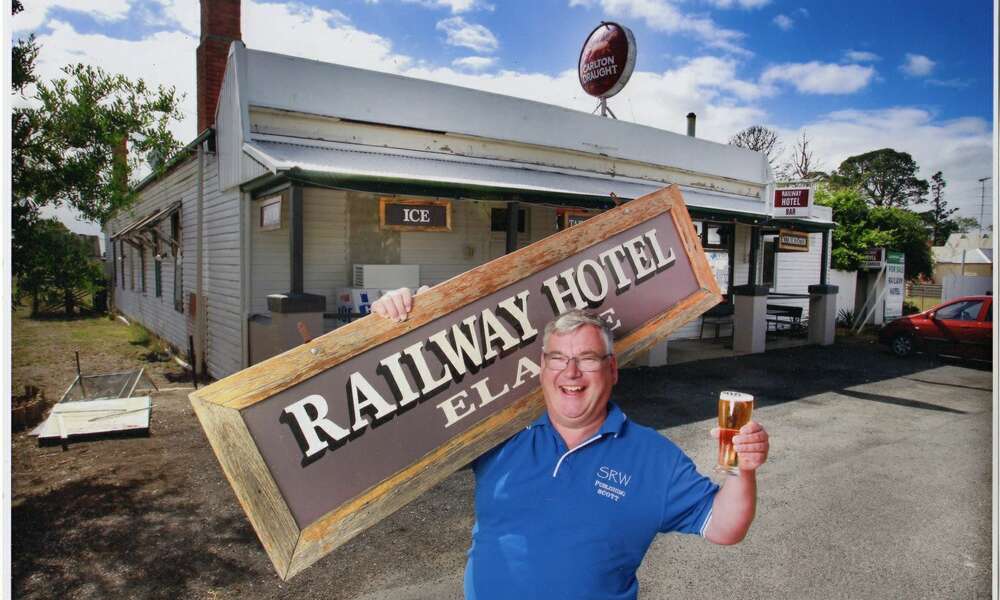 When the author started thinking about how he could spend his retirement combining his interests in travel and railway history, he had a light bulb moment. – He’d visit every Railway Hotel in Australia and have a beer.

What sounded like an excuse for Australia’s biggest pub crawl, ended up being inspiration for four volumes of ‘Railway Hotels of Australia’.

Railway construction was a major event in the history of many towns and cities across Australia. There were once more than 600 Railway Hotels in Australia, but by the 1920s many had disappeared. Some were burnt down, either deliberately or otherwise and some were demolished by natural disasters.

The coming of the railway changed people’s lives enormously. It brought economic activity and connected people to the rest of the country in a way that was not possible before.
- Author Scott Whitaker

At the time, would-be publicans in Mount Gambier, Cook on the Nullarbor Plain and in Alice Springs announced their intention to open a Railway Hotel. Some were refused a licence, some had a change of heart and some simply opened their hotel under a different name. And what about the Railway Hotels in towns that never had a railway? - How could that be?

“Scott’s books record the detailed history and the most interesting stories about each hotel. For example, Ned Kelly visited the Railway Tavern in Glenrowan the morning of the siege that led to his capture in June 1880. Ned got the publican, Patrick McDonnell, out of bed so he could stable the gang’s horses at the hotel. Or the publican that accepted dead bodies to store in the cellar, long before refrigeration,” Team Leader Library Programs Kristi Leamey said.

At the launch, Mr Whitaker will also cover researching tips, genealogy and publishing.

This is a free event to be held at Mount Gambier Library. Bookings can be made over the phone (08) 8721 2540 or online www.mountgambier.sa.gov.au/lib... under ‘Programs and Events’.

All volumes of Scott’s hard copy ‘Railway Hotels of Australia’ will be available for sale on the night by cash or card.