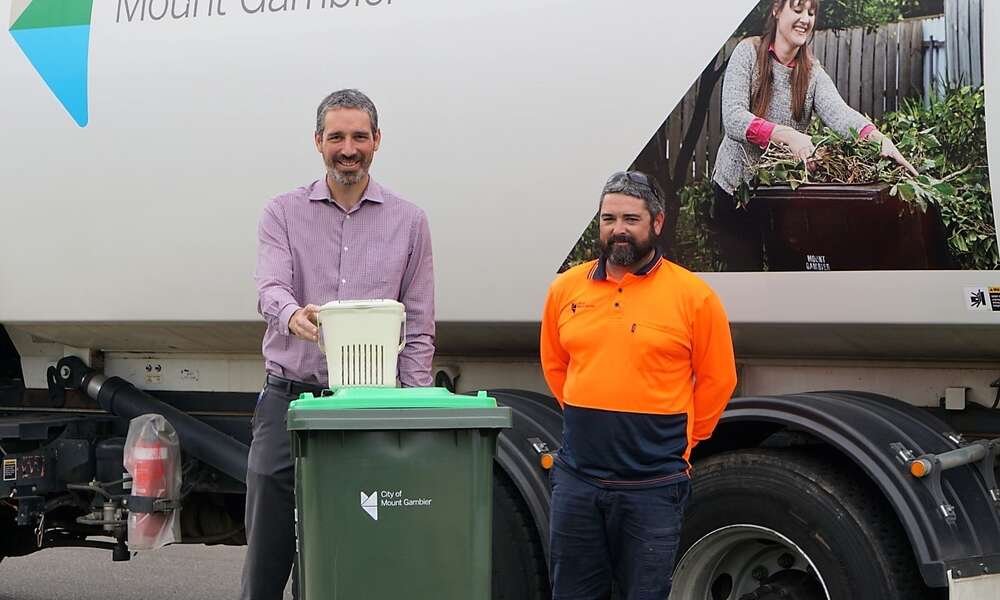 Following months of research into the waste management behaviour of residents, City of Mount Gambier will launch a waste education campaign this week focused on reducing organic waste ending up in landfill. Developed in conjunction with experienced creative agency Paper Moose, the campaign encourages local residents to use the kerbside bin system appropriately and dispose of all organic matter via the FOGO (food organics/garden organics) bin.

Hundreds of tonnes of food and garden waste is thrown into the city’s household general waste bins and unnecessarily dumped at Caroline Landfill each year creating methane and leachate which pollutes the environment.

Sending food organics/garden organics to landfill is a waste of resources as it can instead be composted and returned to local farms and gardens to grow more food. Therefore the focus of the campaign initially is to educate the community about the best way to dispose of this waste.
- City of Mount Gambier Environmental Sustainability Officer Aaron Izzard

The ‘Unfill Our Landfill’ waste education advertising campaign will be rolled out gradually across radio, television, print and social media platforms in the coming months and will initially focus on FOGO and where food organics/garden organics should be deposited.

“Paper Moose have worked with us to create a highly targeted quippy digital campaign to educate and encourage residents on how FOGO works and why they should get their own FOGO bin.”

For residents who already have a FOGO bin, the campaign encourages the use of the service to its full potential which means not placing food or garden waste in the general waste bin to reduce contamination rates within the entire kerbside bin system.

“The campaign uses storytelling, unique creativity and light-hearted humour to make it clear that Mount Gambier residents should put their food waste in the FOGO bin, rather than in the general waste bin where it ends up in landfill,” Mr Izzard said.

FOGO is the abbreviation for food organics and garden organics and will be used throughout the campaign to emphasise that residents should put their food and garden waste into this bin and to create a clear distinction between the general waste bin and the larger green bin, previously known as the green waste or organics bin.

Council currently offers the FOGO service to all residents who already receive kerbside waste collection at no extra charge on an opt-in basis, with a one-off payment of $80.00 to purchase the correct bin.

The campaign complements the food waste diversion trial currently on offer to food businesses within the Mount Gambier CBD where Council provides participating businesses with free bins and compostable liners to separate food waste in their kitchens.

“Since August 2021, the trial has diverted more than 33 tonnes of food waste from landfill so we hope to see this trend continue as we roll out the FOGO campaign as this will not only help the environment but also saves the community money,” Mr Izzard said.

The campaign will be expanded to raise community awareness about what goes in the other waste streams, such as the recycling bin in the future.

For further information on the FOGO service, visit www.mountgambier.sa.gov.au/FOGO