Construction on site at the Wulanda Recreation and Convention Centre is moving quickly as head contractor BADGE Constructions makes progress on the development of the major two-story structure at Olympic Park on Margaret Street. 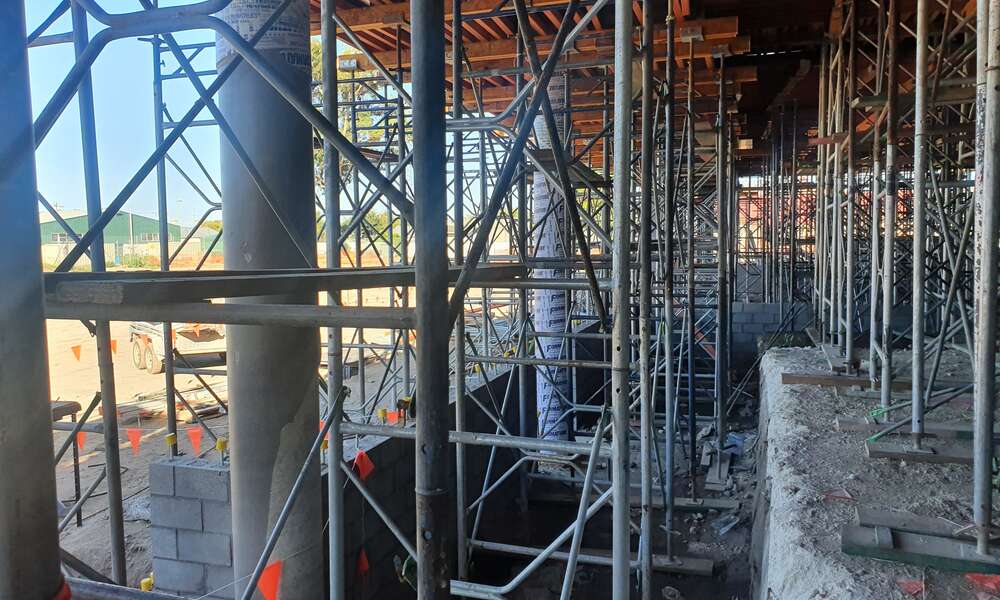 “The installation of the foyer and emergency stair formwork is underway and footings excavation and concrete works have also begun in the sports courts area,” Mr Serle said.

The refurbishment of the existing outdoor 50 metre pool has commenced, in addition to initial works for the internal 25 metre pool, learn to swim pool, program pool and splash pad area.

“The stairs and handrails have been removed from the 50 metre pool and excavation, reinforcement and concrete works for the footings for the internal pools is underway.” 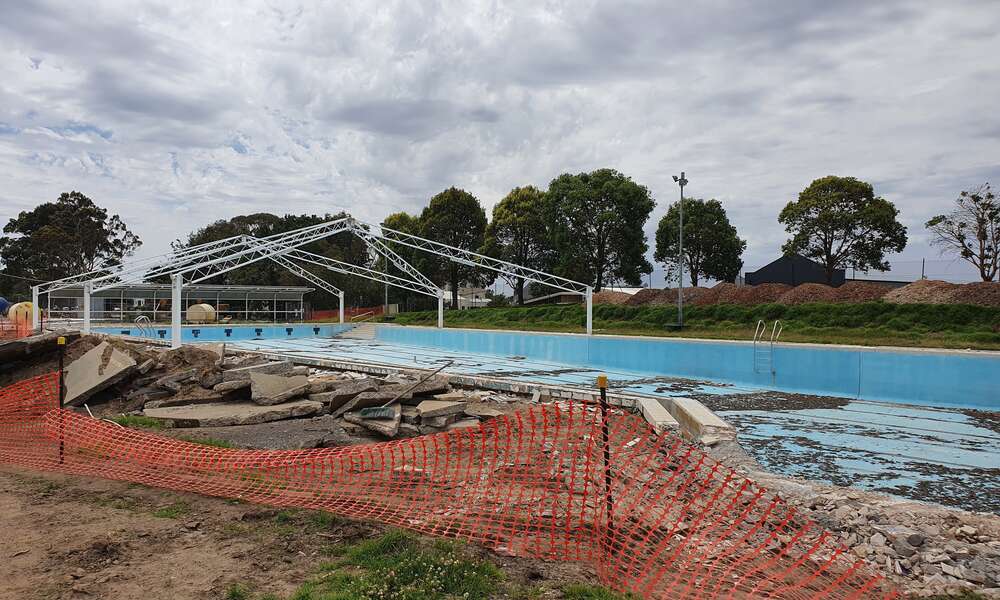 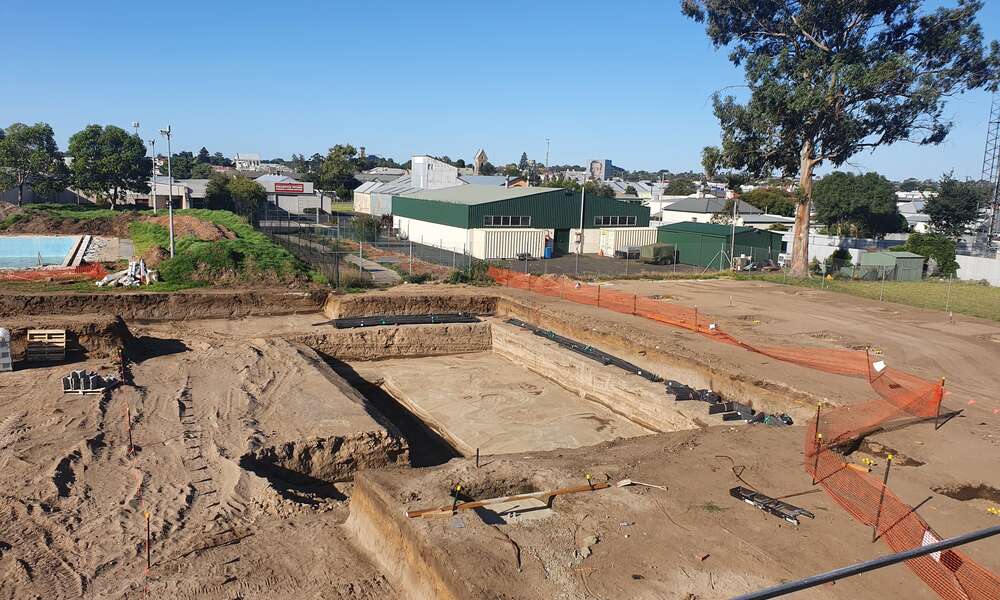 The first slab for level one was poured in January 2021.

“The second and third slab for level one will be poured this month and the formwork and concrete columns will go in. The lift shaft is expected to be completed in the coming days,” Mr Serle said.

Formwork for the level one function rooms has begun, including reinforcement for the beams and slab. 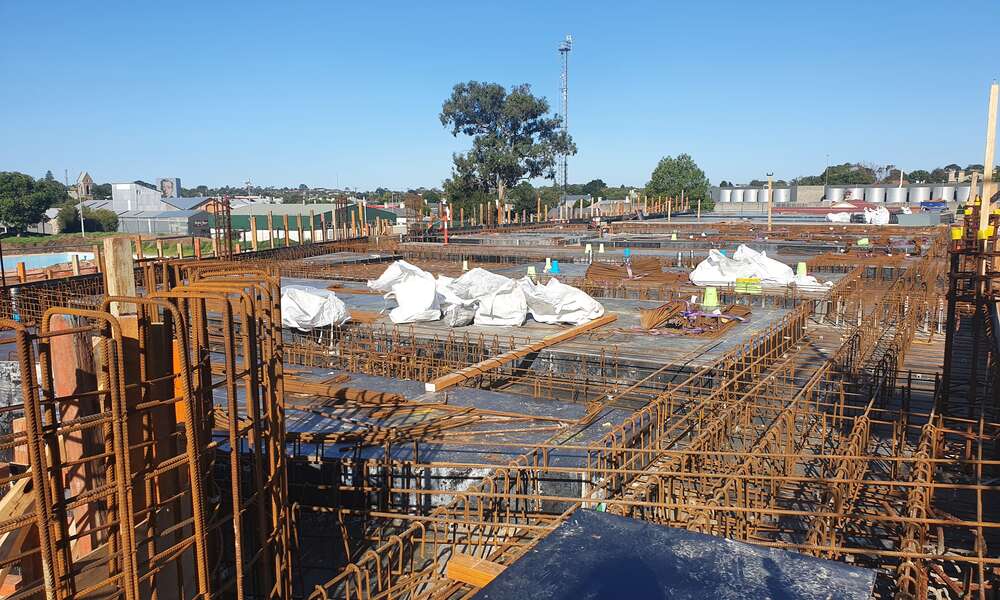 “Reinforcement and post tensioning works have also been completed for the fitness rooms.” 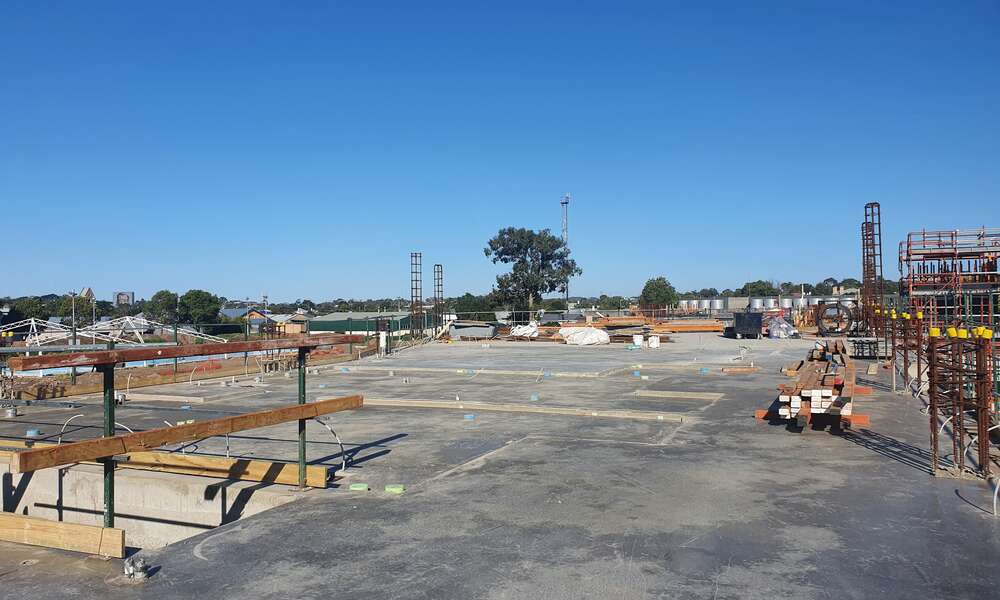 Outside in the car park, the kerbing works and base course pavement for the southern car park have been completed.

“It is anticipated that asphalt will be installed in the area soon, followed by line marking.” 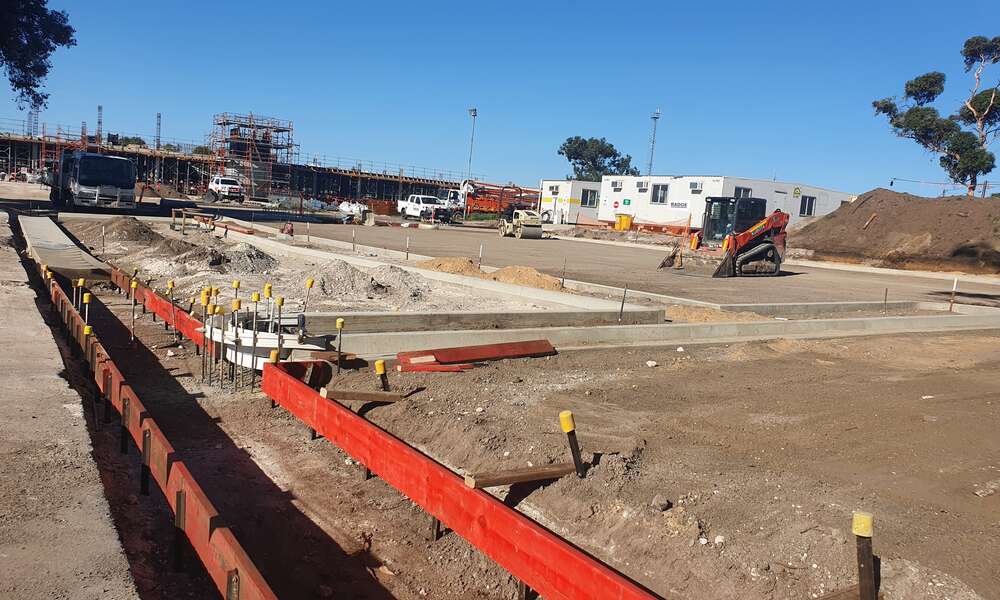 “The car park will be finished in the coming weeks and will enable on-site parking for the construction team which should help to remove some of the cars parking on O’Halloran Terrace,” Mr Serle said.

“Demolition and earthworks are also continuing in the vicinity of the old Aquatic Centre.”

Photos of the development are updated every 15 minutes and can be viewed at the following links: camera one and camera two.

The latest time lapse of the building process is available to view here.

Further information about the project is available at: https://www.haveyoursaymountgambier.com.au/CaRH