The 2019 NF McDonnell and Sons Mount Gambier Christmas Parade is just around the corner and preparations are nearing completion following the unveiling of a new float this week. Named after the classic poem ‘Twas the night before Christmas, the float provides a new attraction to commemorate the 60th event.

City of Mount Gambier purchased the mouse character from the Adelaide Christmas Pageant and Council staff and volunteers have been busy building a base and a trailer to form the completed float with new details also added to the character.

“Many weeks have been spent revitalising the mouse by adding colour and innovative touches to the float,” City of Mount Gambier Community Events Team Leader Denise Richardson said.

“Our small team of dedicated volunteers have done a wonderful job bringing the float back to life and have made it unique to the Mount Gambier parade.”

Various local businesses have contributed materials to the float with Green Triangle Electronics taking up the opportunity to become the float’s inaugural sponsor. Company directors were at the Council Depot on Tuesday to view the new float and were pleased with the finished product.

“The parade is a great community day for families and it’s exciting to see a new float for the 60th year to keep spectators of all ages interested,” Mr Hillstone said.

NF McDonnell and Sons are supporting the event as naming rights sponsors for the third year in 2019 and representatives were in attendance to see the new float.

“We are proud to be involved with such an important, long standing community event and it really fits well with our company’s community values,” NF McDonnell and Sons General Manager Business Ken Sanders said.

“The new float looks fantastic and will be a wonderful addition to this year’s parade”.

“The McDonnell family, our employees and their families are involved on various floats and everyone always has a great time being involved.”

With entries for the parade closing soon on 31 October, City of Mount Gambier Mayor Lynette Martin is encouraging the community to get involved in the milestone event.

“The parade heralds the arrival of the festive season in our city and I’d love to see a fantastic variety of entrants to mark the occasion,” Mayor Martin said.

“The 60th occasion is a testament to the community support received over the years and I thank the volunteers, local businesses, sponsors and the Christmas Parade Advisory Group for their efforts.”

Entry forms for the Christmas Parade are available at The Riddoch & Main Corner Complex, Mount Gambier Library, Visitor Centre or the Council office or can be download online at www.mountgambier.sa.gov.au/christmasparade

The NF McDonnell and Sons Mount Gambier Christmas Parade will be held on Saturday 16 November 2019. The parade starts at the Crouch Street intersection at 11:00am and proceeds west along Commercial Street to the Wehl Street South intersection. 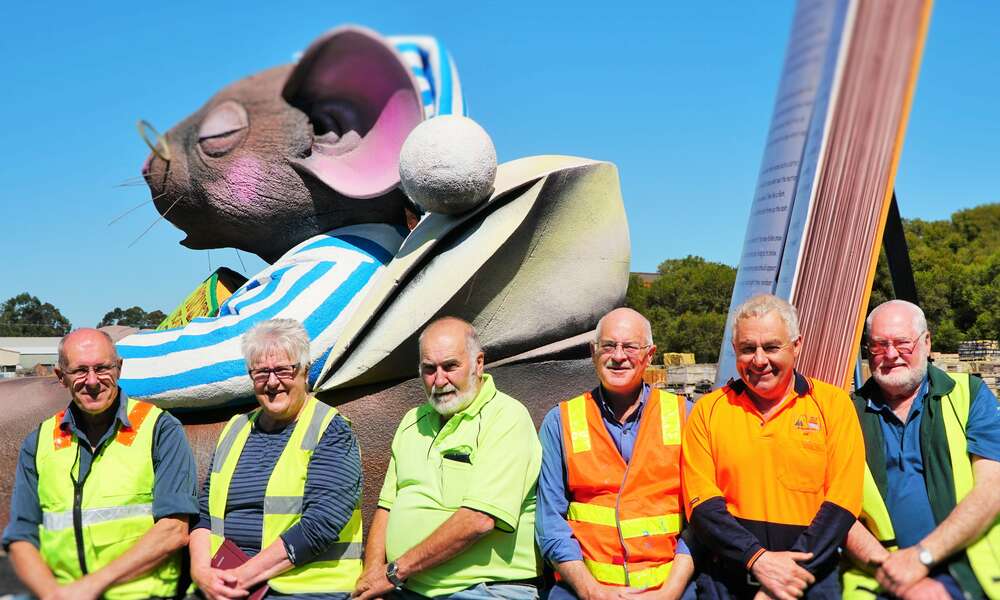 Volunteers
Volunteers Alan Richardson, Helen and Tom Telford, Greg Muller and Mike Scutter along with City of Mount Gambier Workshop Mechanic Joe Ciavatta (second from right) have been working on the new float for many months.